Digital release of my album Continuum, with as an extra bonus track a 54 minute long alternative version of Box of Brix.

After two recent albums, this is my first reissue on BandCamp. Released in 1991, 500 copies only, The Songlines has become a much sought after collectors item.
As an extra bonus, a 34 minute track, live at the Lunar Cabaret in Chicago from 1995 is added to the original cd. It’s downloadable in FLAC and high quality mp3 for only 7 euro!

On the 19th of May 2017, Giorgio Occhipinti and me recorded a new duo album in Sicily. To be released soon!

German guitar player Hannes Buder and I started a new duo.
We released a cd, on POW Records. now available at Bandcamp:

My Australian tour 2016 was very nice! I played 7 concerts in total, in Canberra, Sydney, Perth and Melbourne, and did a workshop/master class in Perth.
Here is a video of my solo concert in Perth.

Thanks to the Arts Council Malta for the financial support!

The premiere yesterday, of my 45 minutes piece for the David Kweksilber Big Band was a great success! Studies in Description was performed at the Bimhuis in Amsterdam.
Thanks to all the musicians in the band!

Great news! The Cultural Export Fund of the Arts Council Malta has awarded me a travel grant for my tour to Australia. It’s a sign of recognition as a composer/musician here in Malta.

On the 10th of September, the new POW Ensemble show STEIN will be premiered at Studio LOOS in Den Haag.

Here is a video, made during one of the rehearsals.
Stephanie Pan – vocals & keyboards
Luc Houtkamp – saxophones and electronics
Axel Schappert – tuba
Peter Kuit – tap dance

My solo, played at the Tainan University of the Arts, Tainan, Taiwan, on 12 March.
Shih-Yang Lee asked me to tell the audience about my music. Because I hate to explain my improvising, and I didn’t wanted to bother the Taiwanese audience with complex sentences in English, I decided to use only a few words in my intro.

Quite a bluesy middle section! 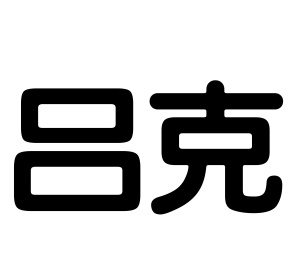 I have moved to the Maltese Islands today. In the next years I like to build up strong relationships with the local music scene. I will still hop back and forth to the Netherlands, but Malta will be my new home base, both as a composer and as a improviser/jazz musician. I love new challenges in life!